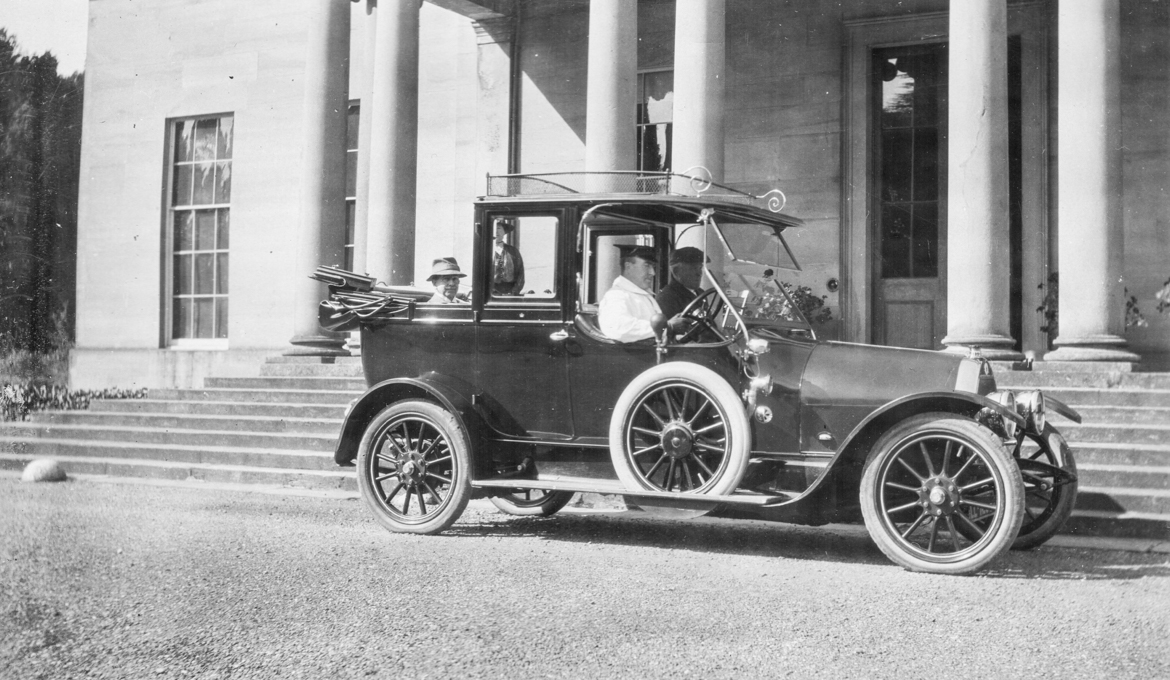 This photograph shows “Mikey” 5th Baron Sandys in the back of his 16 h.p. Darracq, with limousine landaulet body, purchased in 1909. The car was finished in dark blue and lined in white, with two thin red lines on the chassis and wheels. The body was constructed at the Darracq works at Fulham.

Mikey was a great one for writing to newspapers. A letter from his home near Worcester, headed Influenza, published in The Times on 14th January 1933, has a somewhat topical echo:

Sir,– The heavy outbreak of influenza in this district leads me to venture to intrude a few words in your valuable space… Surely in the interest, if alone, of the disorganization of business caused by these epidemics it is time that some general organized research work should be started either by private enterprise or by the Government… [i]t would not seem impossible to discover the mystery of its simultaneous occurrence in all parts of the world, the remarkable immunity that some people seem to have while others are infected at once, as well as the cause and remedy.

In connexion with the entire world attacks the origin of the name suggests a reason which dates back, I believe, for several centuries. In Italy the pneumonic plague was called Influenza di Stella to distinguish it from the bubonic plague, it being believed for some reason then to come from the sky. Later on, not being satisfied with “this influence”, it was called influenza – from another place.

It is a curious fact that a few years back a scientist started a theory that the microbe came from the sky through the instrumentality of the sun’s rays and returned again after a period of 33 weeks. Is it not time, wherever it comes from, to try and persuade it to stay there?

I remain your obedient servant,