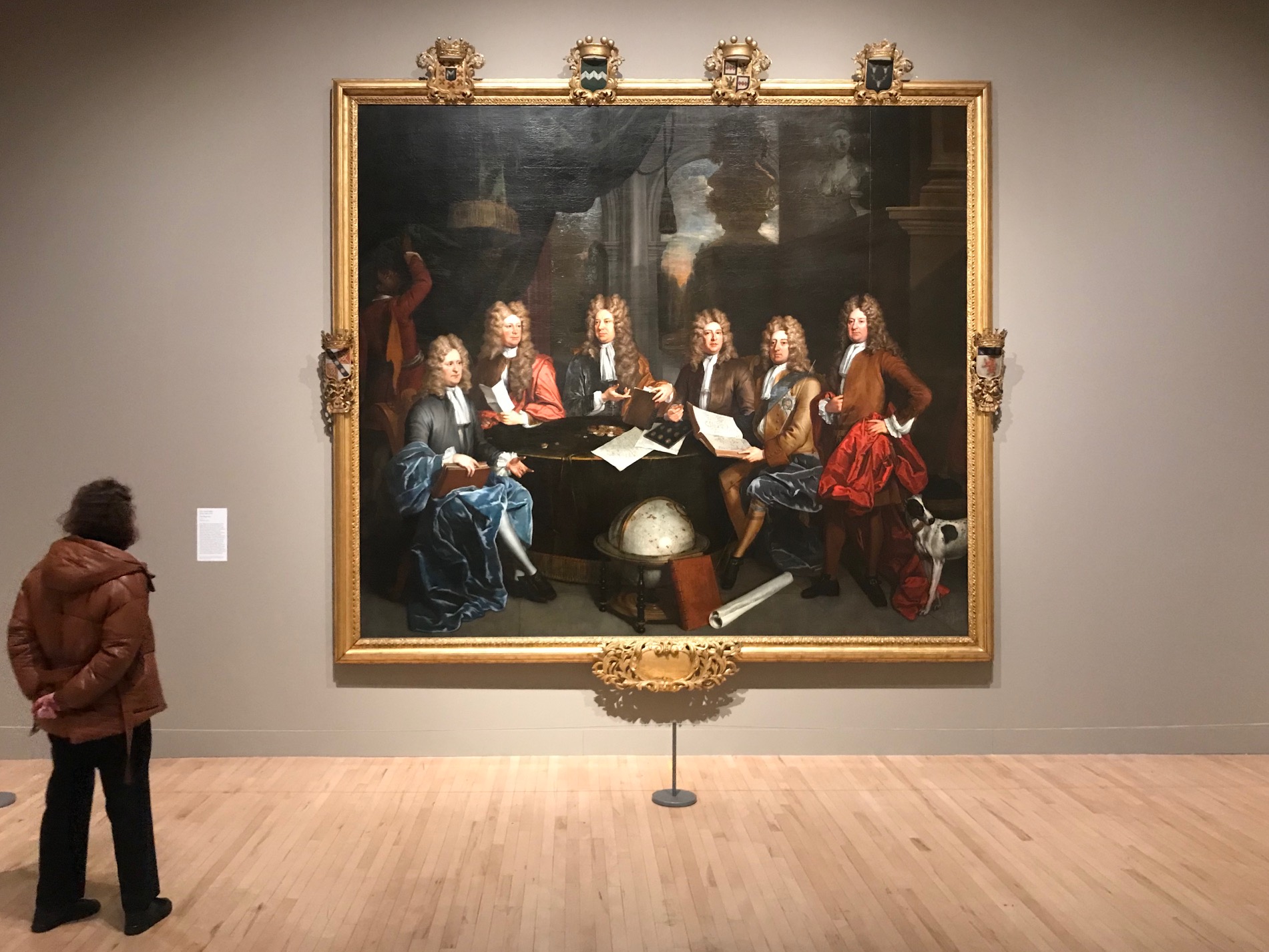 “Having visited… the recently opened fascinating British Baroque exhibition at Tate Britain, I thought you would like to see these images of the ex-Ombersley… paintings of Chatsworth and the Whig Junto. They are two of the stars of the show. Well worth a visit… Ignore all the ignorant sniping in the broadsheets... This is an outstanding, deeply researched, scholarly and revelatory exhibition… with so many exciting new discoveries, similar to those superb shows done on Millbank for the historic British art collection between c.1975 and c.2000.” SL

“Tabitha Barber [exhibition curator]… is particularly excited by the previously unknown very large paintings by Jan Siberechts, View of Chatsworth, 1699-1700 and John James Baker, The Whig Junto, 1710, which both look most impressive after conservation.” MB

[The exhibition is open until 19th April.]