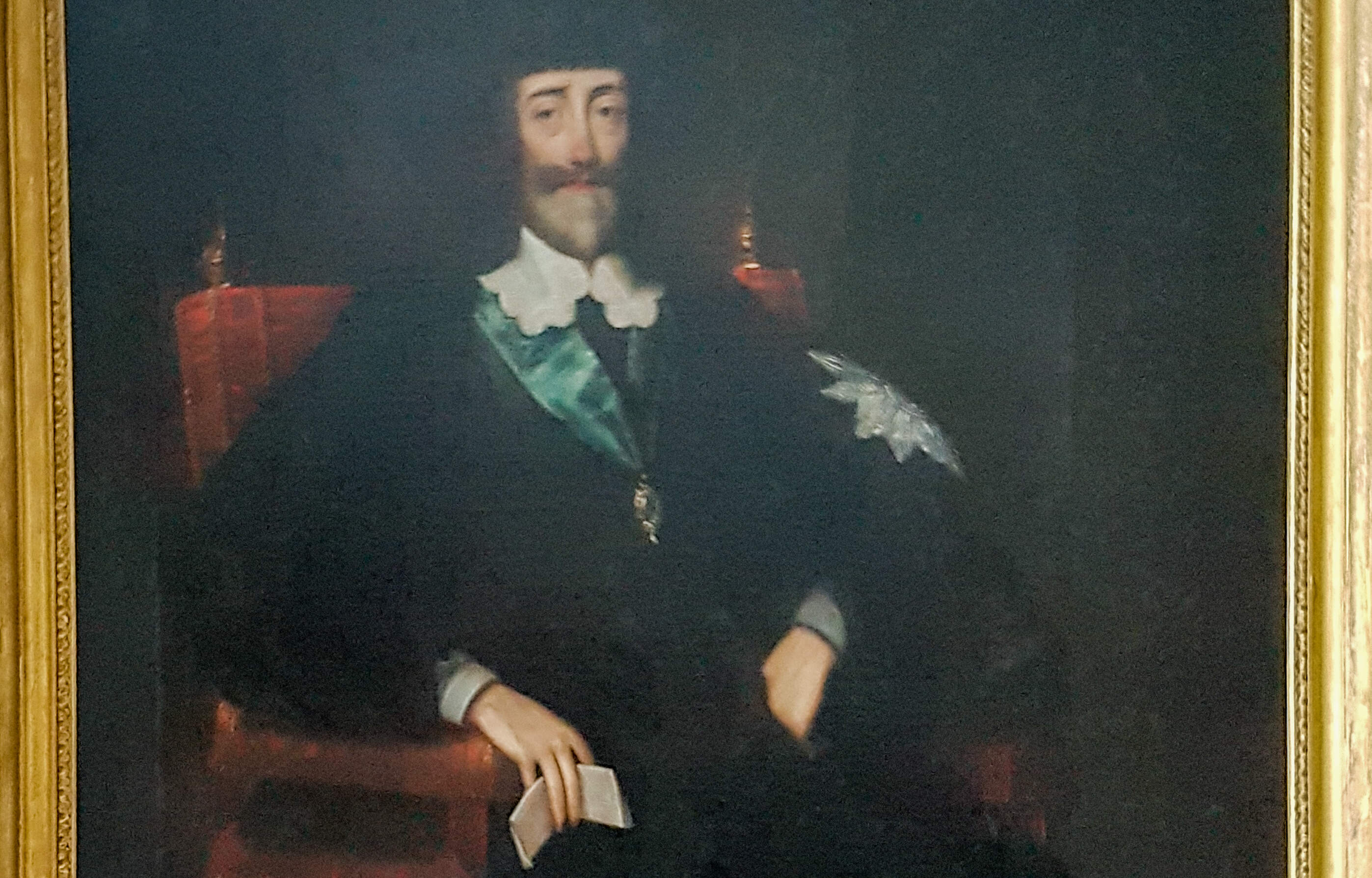 As if to evidence the Sandys family’s Royalist credentials, the Ombersley picture collection includes a version of Edward Bower’s 1648 portrait of Charles I at his trial. Colonel Samuel Sandys M.P. of Ombersley, great-grandfather of his namesake, who was created 1st Baron Sandys in 1743, rendered military assistance both to the martyred king and to his son. A “Civil War” file was transferred to Worcestershire Archives 18 years ago. However, a further letter has now come to light  amongst the Sandys Ombersley papers.

It takes the form of an appeal to the restored Charles II for “consideration” of the war service rendered by the Colonel. The letter’s contents have now been “decoded”, and are as follows:

That Col. Samuel Sandys left the Parliament in order to serve his late Ma’ty of blessed memory, who was graciously pleas’d to send him a Commission unlook’d for, to command a Troupe of Horse.

That accordingly he commanded a Troupe att Wick-field, afterwards att Edge-hill, & in the march to Brainford, under the comand of the right ho’ble the now Earl of Bristoll.

That hee offering to raise a Regim’t of ffoote at his owne charge, and gooing into Worc’r-shire to discover the Condition of the Country, his Troupe of horse in such his absince was disposed of, but restored to him agayne.

Hee was necessitated to arme his ffoot-Regim’t att his owne charge, being by fraude dissappoynted of the Traine-band-Armes (w’ch by his Ma’ty’s proclamacon hee ought to have had) while hee was absent upon service by his Ma’ty’s particular command.

In the same year hee raysed a Regm’t of horse consisting of 7 Troupes, & soon after a good part of a Regiment of Dragoons, to the number of Eight-Score att least, who after some tyme were scatter’d & broke, for want of pay. But shortly after hee recruited both his Regm’ts of horse & ffoote, without the least charge to his Ma’ty w’ch kept up in constant service to the End of the Warre.

Hee faithfully served his Late Ma’ty in the condition of Governor, first of Evesham, next of Worc’r, & never rec’d a peny-pay, from first to last. But to his unspeakable comfort, discharged his several Trusts without the least detriment or losse to his Ma’ty by any negligence or oversight of his.

Towards the close of the war Mr Carew told Col. Sandys, he might have the honor to be the prince of Wales his serv’t, w’ch place he agreed for with Mr Elliot, & by the approbation of his late Ma’ty & his Ma’ty that now is, was sworne his servant.

Hee engaged in most of the considerable designs & ingagem’ts w’ch have beene on foote since the Warr, tending to the service of his Ma’ty that now is, & hath sustayned frequent imprisonm’ts losses & afflictions.

That hee was able & ready to have drawne together 6 troupes of horse for some months before his Ma’ty’s landing, w’ch occasioned his noe small expense.

Hee humbly desires that his Ma’ty will be graciously pleased to consider of these his services, weighed w’th those of Sir Allen Appsley’s & soe submits himself to his Ma’ty’s good will &pleasure.

Despite its eloquence, the appeal fell upon deaf ears. Indeed, so far from achieving its desired aim, the Ombersley Sandys were burdened for more than three centuries with payment of an annuity awarded to the Penderel family by the King for shelter given him after the 1651 Battle of Worcester.